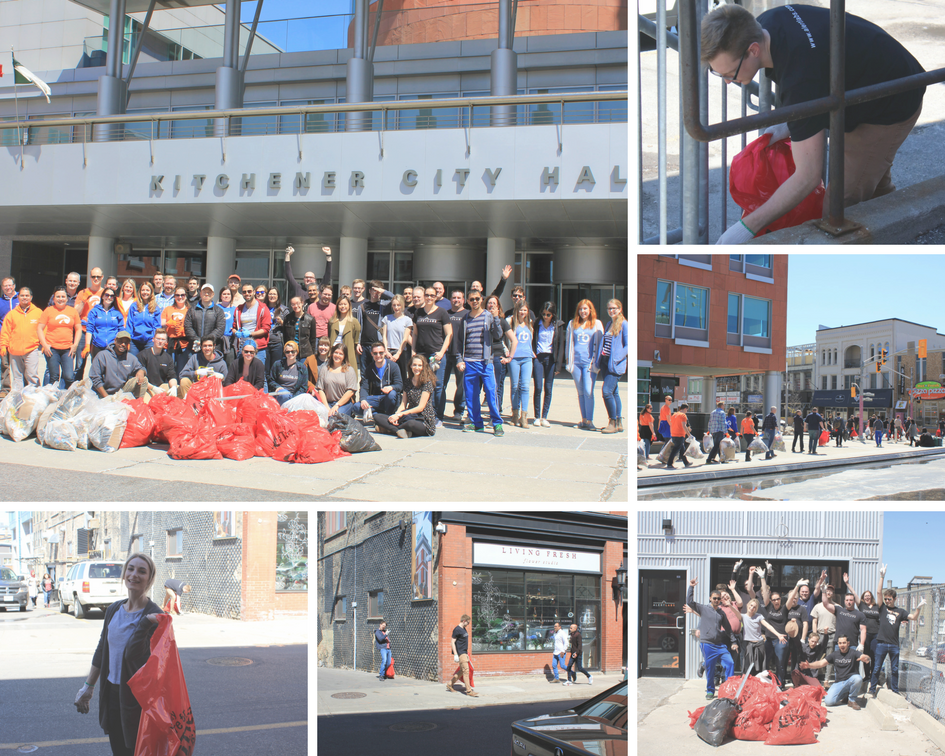 Members of the Waterloo Region tech community put on their gloves and filled their garbage bags for a local litter clean-up around their offices on Monday, April 23 in celebration of Earth Day 2018. The initiative brought together teams from companies including Alert Labs, Communitech, D2L, Furevery, Miovision, Thalmic Labs, SIMMWAVE, Swift Labs, Voltera and Vidyard for a one-hour clean-up challenge starting at 11:30 a.m.

‍Teams picked up litter around their offices for an hour before meeting in front of Kitchener City Hall at 12:30 p.m. for a group photo shoot and to see who collected the most trash. By challenging each other to collect as much litter as possible, tech companies are demonstrating that though they are working hard to solve big problems on a larger scale, it is important to tackle problems right at home in the community.

“As members of the Downtown Kitchener community, it is important for tech companies to give back on Earth Day in the spirit of tech for good,” says George Tsintzouras, CEO and Co-founder of Alert Labs. “The downtown core is our home, and we want to keep our home welcoming and safe for everyone.”

Learn more about how Alert Labs is helping organizations use resources more responsibly and protect people and buildings from damage.
Contact us
Download PDF